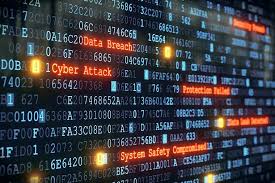 A new cryptojacking campaign was spotted by experts at Trend Micro, crooks are using Shodan to scan for Docker hosts with exposed APIs.

Scheme caused over $868,000 in losses from over 530 individual accounts in three states

An ongoing “sophisticated cyber espionage event” was discovered in April, just weeks before the European Parliament elections — but the European External Action Service (EEAS), the EU’s foreign and security policy agency, did not disclose the incident publicly.

Paul Solotshi Calder Le Roux, a 46-year old criminal mastermind, is the creator of encryption software E4M and TrueCrypt (the cryptography encryption software Satoshi Nakamoto likely used to lock up his 1 million BTC), and author of an uncannily similar manifesto to the one in Bitcoin’s whitepaper in 1998.

Bypassing Root CA checks in Flutter based apps on Android

I recently started looking at Android apps based on the Flutter framework, I’d not come across any before and after a pub discussion about something entirely unrelated managed to find one to break.

Expert developed a MetaSploit module for the BlueKeep flaw

The vulnerability, tracked as CVE-2019-0708, impacts the Windows Remote Desktop Services (RDS) and was addressed by Microsoft with May 2019 Patch Tuesday updates. BlueKeep is a wormable flaw that can be exploited by malware authors to create malicious code with WannaCry capabilities.

On May 21, @JaGoTu and I released a proof-of-concept for CVE-2019-0708. This vulnerability has been nicknamed “BlueKeep”. Instead of causing code execution or a blue screen, our exploit was able to determine if the patch was installed.Now that there are public denial-of-service exploits, I am willing to give a quick overview of the luck that allows the scanner to avoid a blue screen and determine if the target is patched or not.

Penetration testers and attackers have a new tool in their arsenal that can be used to automate phishing attacks in a way that defeats two-factor authentication (2FA) and is not easy to detect and block. The tool makes such attacks much easier to deploy, so organizations should adapt their anti-phishing training accordingly.

In recent months, there has been considerable unrest in the Iranian cyber sphere. Highly sensitive data about Iranian APT groups was leaked, exposing abilities, strategies, and attack tools. The main medium for this leak was a telegram channel.